On second day (Saturday) we fucking cycled 136 kms. New record for 60% of the group members and the reason why at least 20% of the legs still hurt.
As in every group formed by 5 guys, the day started with fights about size:

Spiders in this case, but we definitely need some women next time. Just in case. 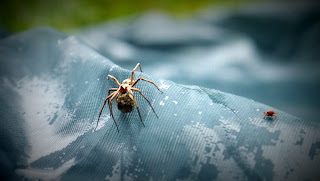 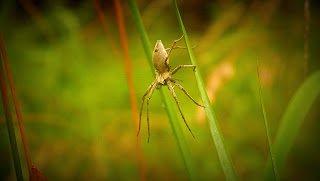 We had a wonderful breakfast in a picnic table that we found next to where we had been sleeping. All kind of stuff, including peanut butter (yes, there was a guy from the States in the group. Peanut butter proves it), vegetarian burritos, cheese, etc... 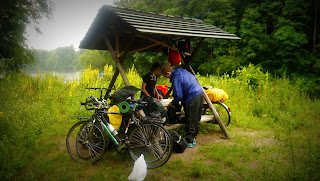 With some delay, we started cycling direction North. The first half of the day was too wet. Football socks can become fucking heavy in this circumstances. Fortunately there is always a Netto, Penny or Lidl where you can buy socks. Yes, advertisement for free! You can complain in the comments below. At some point we stopped under a bridge to dry, change, eat and drink. Someone suggested to sleep under a bridge at night. I thought about myself sending an sms to my mother: "Mom, everything is going well in Germany. I'm sleeping under a bridge, but hopefully tomorrow will get better". 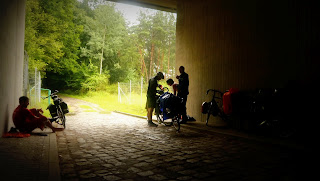 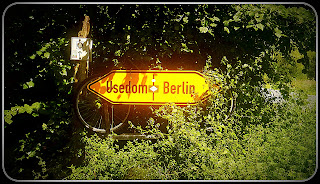 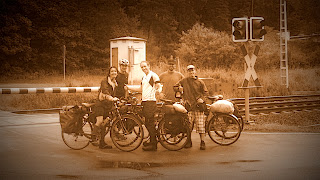 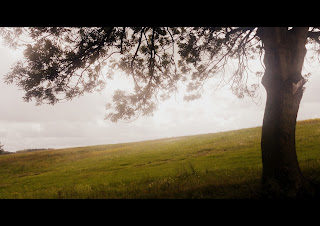 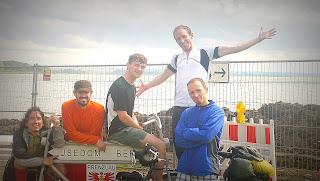 (The two guys on the right aren't family)

Well, at some point the weather improved and we had a very pleasant tour. Everything was working cool. We checked the map and found a big forest perfect for finding a good camping spot. Just the small detail that, as we discovered there, it was a military restricted area, where none of us was planning to spend the night. So, we kept pedaling, broke the distance record and finally crossed the forest. First path we saw into some trees we followed and finally found an acceptable camping spot. We could see a couple of houses in the distance, but we were protected enough. 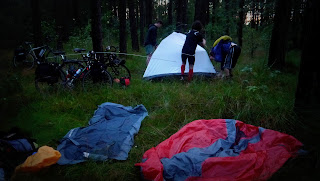 We put the tents on, changed some clothes and started with dinner. Some hot soup, bread, cheese, sausages, peanuts... and for dessert: the cheapest whisky you can probably find. It was kind of undrinkable until we mixed it with 2 lemons. But it became awesome after adding clove and warming it up!
By Unknown at July 19, 2012