I was travelling around the south of Spain and randomly landed in Córdoba. Córdoba has great bike community potential due to its size, shape and climate (not in summer). A Seville CouchSurfer suggested that Córdoba would be a great location for the next BikeSurf city. Now I think Seville is actually the better choice, because it turns out Córdoba already has Bicis Solidarias. 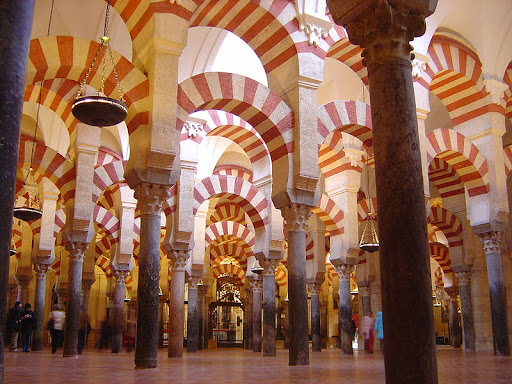 After visiting the unique Mezquita, walking around the shady Jewish quarter and eating some snails, I had the chance to meet Andrés, a man who has created something similar to our BikeSurf project. He is probably the only vegan in Córdoba as well ;)

I tracked down his contact information and it was so easy to arrange a meeting with him, even without saying what it was concerning. What a great first impression; he is really an accessible guy.  During our meeting he told me everything I needed to know about the Bicis Solidarias’ project:

Everything started when Andrés, together with some partners, decided to provide bicycles to people who need them and who can’t afford to buy a new or used bike.  Unfortunately we all know about the current economical situation in Spain.  Perhaps this is why bikes in this area are regularly in such high demand. This is what lead to the creation of his not for profit project, which just like BSB is not an NGO or a company.

Since creating the project, Bicis Solidarias has expanded to include new and diverse activities. Nowadays, you can enjoy a variety of events organised by Andrés and his team such as:

- Bike Lending: Primary service.
- Free Language lessons: They have native teachers for Arabic, Hebrew, English, Spanish, French and German.
- Urban Farming: They are currently squatting on an empty public space and transformed it into a social urban garden.
- Workshops: Bike repair, internet for inexperienced people or any new idea they might come up with.
- Vegan picnics: These are planned for every Sunday.
- Micro Credits: If you have a vegan business idea, you can contact them and get a microcredit to support your project. They would also consider being partners in any vegan project.
- Sharing ideas: Anybody with a good idea connected to bikes, veganism or related topics is welcome in Bicis Solidarias.
- And many more things!

For more information about this wonderful project, you can check out the Bicis Solidarias blog here.  Thanks for encouraging a green planet, we at BikeSurfBerlin salute you and your team for your wonderful efforts.